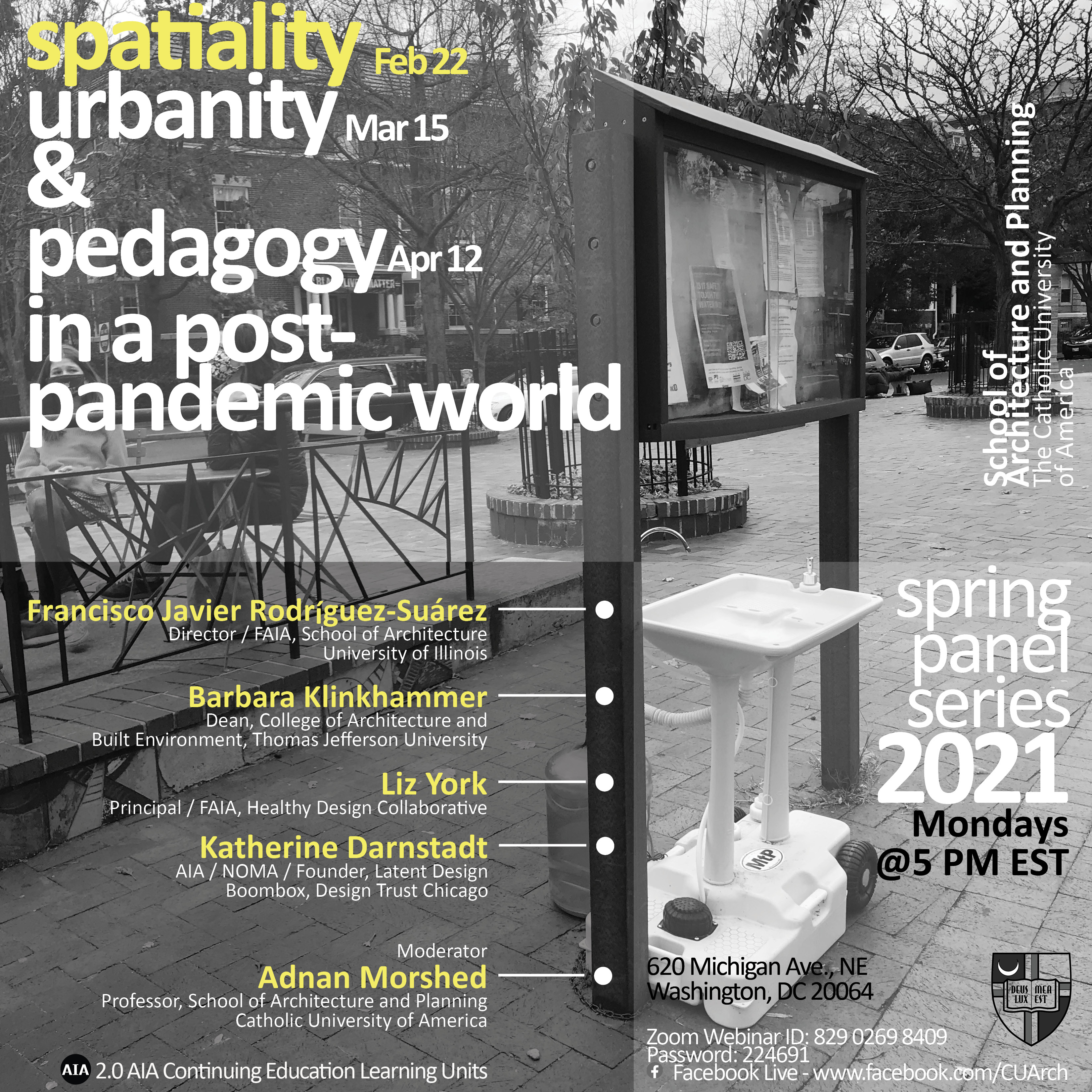 
Albert Einstein once said, “The world as we have created it is a process of our thinking. It cannot be changed without changing our thinking.” How do we know when our thinking and the world it produces need to change? Does that moment arrive as part of natural cycles or because of human action? Recalling Thomas Kuhn, what is the politics of “paradigm shift” in the 21st century, particularly in the wake of a global pandemic?

These questions provide us with a framework to debate the nature of the built environment and the pedagogy it warrants in a post-pandemic world. There is little doubt that the 2020 pandemic has profoundly affected the entire world with unimaginable economic, social, public-health, urban, and environmental consequences. It has exposed, among other vulnerabilities, our weakness in disaster preparedness, our inadequacies in creating inclusive public-health infrastructures, our privileged hesitation to tackle racial, social, and gender injustice, and our misguided policies of urban governance and spatial management. The pandemic has also compelled us to question some of the fundamentals of our lives, politics, societies, and institutions. The fear of contracting Covid-19 has made us conscious of the traditional ways we use public and private spaces. Our pandemic-induced anxiety of being in public places made us suspicious of urban density and social proximity. Shifts in workplace culture are not only shrinking the city’s retail and office areas but also changing the very notions of home, office, and commuting. The pandemic has resulted in empty office spaces in many cities, provoking ideas as to how to convert offices into residential units and homes into home-office hybrids. As tourism and business travel dwindle, the future of hotel space becomes increasingly uncertain.

Should we reimagine the “disciplinary matrix” of architecture (whatever it means) to combat future pandemics, while ensuring urban equity as a foundation for socio-urban organization? What kind of city planning would prevent viral spread, while urban poverty and gender disparity are mitigated with a new generation of humanist considerations? What is, or should be, the nature of spatial and urban pedagogy in a post-pandemic world? The 13th-century Persian poet Rumi wrote: “Yesterday I was clever, so I wanted to change the world. Today I am wise, so I am changing myself.” What does it mean to be “wise” in the context of today’s politics, spatiality, and urbanity to anticipate the nature of change itself? Between 1347 and 1352, the Black Death killed nearly 40% of Europe’s population. What can we learn from the ways the Black Death catalyzed the collapse of the medieval feudal economy and signaled the advent of the Renaissance and gradually the modern world? Is it time to revisit the 19th-century public-health origins of modern architecture and urban planning in London, New York, Paris, Kolkata, and other metropolises?

As architects and urban professionals engaged in the stewardship of the built environment, we are challenged to reconsider the future of architecture, cities, and the pedagogies with which we endeavor to understand the spatial dimensions of humanity’s wellbeing. Are our building sciences adequate to address the calamities of future pandemics, economic inequity, and other social pathologies? Emboldened by an unflinching belief in technological prowess, have we forgotten the time-tested passive methods of keeping buildings healthy and economical? Are we developing our cities turning a blind eye to the systemic racial and gender injustices that plague our cities? Have we undermined the power of empathy in user-conscious space-making?

The Spring Panel Series 2021 at the Catholic University of America Architecture plans to develop a critical conversation on post-pandemic thinking on spatiality (Feb. 22), urbanity (Mar. 15), and pedagogy (APR. 12). Adnan Morshed, professor at the School of Architecture and Planning, CUA, will moderate the panels that include academics, architects, urban planners. 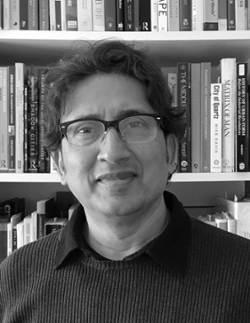